E-Books →Saving Faith: Making Religious Pluralism an American Value at the Dawn of the Secular Age 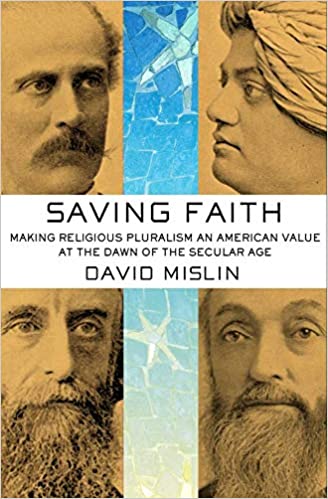 Saving Faith: Making Religious Pluralism an American Value at the Dawn of the Secular Age
English | ISBN: 0801453941 | 2015 | 224 pages | PDF | 10 MB
In Saving Faith, David Mislin chronicles the transformative historical moment when Americans began to reimagine their nation as one strengthened by the diverse faiths of its peoples. Between 1875 and 1925, liberal Protestant leaders abandoned religious exclusivism and leveraged their considerable cultural influence to push others to do the same. This reorientation came about as an ever-growing group of Americans found their religious faith under attack on social, intellectual, and political fronts. A new generation of outspoken agnostics assailed the very foundation of belief, while noted intellectuals embraced novel spiritual practices and claimed that Protestant Christianity had outlived its usefulness.
Faced with these grave challenges, Protestant clergy and their allies realized that the successful defense of religion against secularism required a defense of all religious traditions. They affirmed the social value―and ultimately the religious truth―of Catholicism, Judaism, Hinduism, Buddhism, and Islam. They also came to view doubt and uncertainty as expressions of faith. Ultimately, the reexamination of religious difference paved the way for Protestant elites to reconsider ethnic, racial, and cultural difference. Using the manuscript collections and correspondence of leading American Protestants, as well the institutional records of various churches and religious organizations, Mislin offers insight into the historical constructions of faith and doubt, the interconnected relationship of secularism and pluralism, and the enormous influence of liberal Protestant thought on the political, cultural, and spiritual values of the twentieth-century United States.