E-Books →Alternative Visions of the International Law on Foreign Investment: Essays in Honour of Muthucumaraswamy Sornarajah 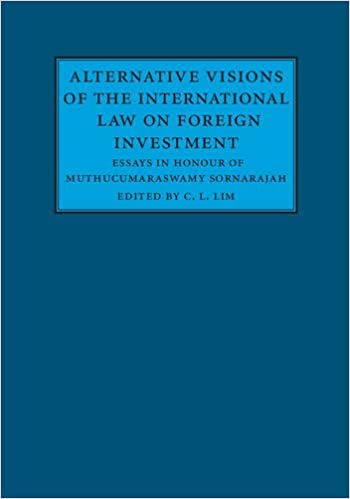 Alternative Visions of the International Law on Foreign Investment: Essays in Honour of Muthucumaraswamy Sornarajah
English | ISBN: 1107139066 | 2016 | 529 pages | PDF | 3 MB
This book is about the forces that are reshaping the international law on foreign investment today. It begins by explaining the liberal origins of contemporary investment treaties before addressing a current backlash against these treaties and the device of investment arbitration. The book describes a long-standing legal-intellectual resistance to a neo-liberal global economic agenda, and how tribunals have interpreted various treaty standards instead. It introduces our reader to the changes now taking place in the design of a range of familiar treaty clauses, and it describes how some of these changes are now driven not only by developing and emerging economies but also by the capital-exporting nations. Finally, it explores the life, career and writings of Muthucumaraswamy Sornarajah, a scholar whose work has been dedicated to the realisation of many of these changes, and his views about the hold global capital has over legal practice.