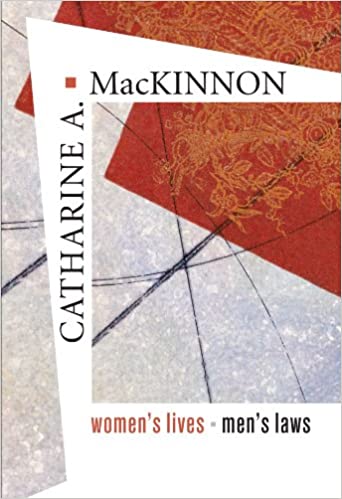 Women’s Lives, Men’s Laws
English | ISBN: 0674024060 | 2007 | 576 pages | PDF | 5 MB
In the past twenty-five years, no one has been more instrumental than Catharine MacKinnon in making equal rights real for women. As Peter Jennings once put it, more than anyone else in legal studies, she "has made it easier for other women to seek justice." This collection, the first since MacKinnon's celebrated Feminism Unmodified appeared in 1987, brings together previously uncollected and unpublished work in the national arena from 1980 to the present, defining her clear, coherent, consistent approach to reframing the law of men on the basis of the lives of women.

By making visible the deep gender bias of existing law, MacKinnon has recast legal debate and action on issues of sex discrimination, sexual abuse, prostitution, pornography, and racism. The essays in this volume document and illuminate some of the momentous and ongoing changes to which this work contributes; the recognition of sexual harassment, rape, and battering as claims for sexual discrimination; the redefinition of rape in terms of women's actual experience of sexual violation; and the reframing of the pornography debate around harm rather than morality. The perspectives in these essays have played an essential part in changing American law and remain fundamental to the project of building a sex-equal future.